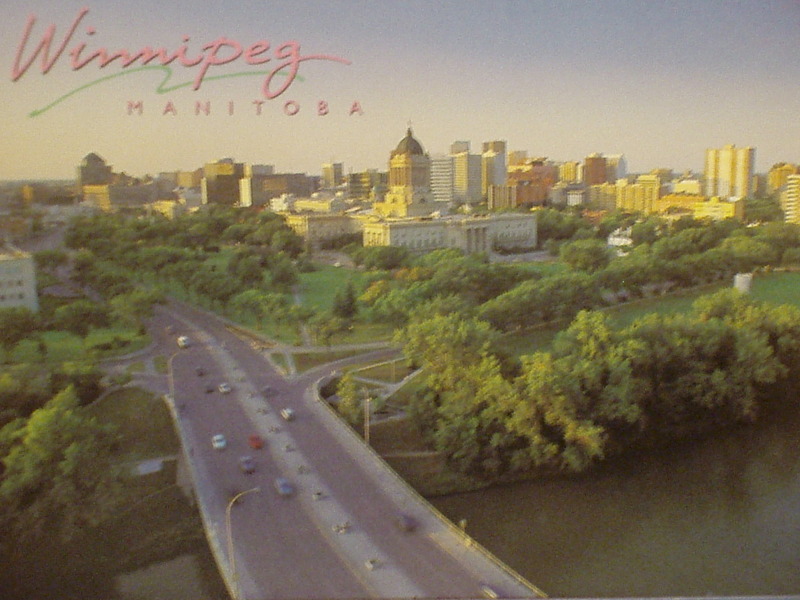 Arriving at Winnepeg at 10:00, I’m met by Izzudeen from Libya, president of Manitoba University Muslim Students Association. I’m staying with him in his immaculately tidy flat based in the Univillage cooperative. Low cost housing for students. They have a utility room that is booked for prayers everyday and I meet some of the Muslim residents there. The hub of social life is “Prince”, a young student from Bangaldesh. Thanks for the adapter bro! Without which I would not have been able to use my laptop.

Izzudeen has cooked some quite frankly delicious lamb and mushroom stew, and soon after I collapse into bed.

The next day we plan to see some of the sights of Winnipeg, so we head off to “the Fork”, where two rivers meet, sight of a bloody battle between the British and native Indians. A reminder that
Canada, despite it’s ethos of multiculturalism, which is real enough, is still a nation forged around conflict and shedding of blood. There’s not much information about the battle, but there are plenty of shops. That fact that “the Fork” was a major trading post is easier to remember and commemorate than a monument to European expansionism. Still the shops are quaint, tidy. We have cinnamon buns and coffee.

Outside is still bitterly cold. Izzudeen is certainly the early bird type, and it’s barely 11am when we decide to visit the Sate Legislature. This building alone transforms Winnipeg from a typical soulless North American city to a place with some character. Amazingly we walk in without even the wiff of a security check. It’s an openness and confidence that every nation should display concerning the workings of government.  We are allowed in the debate chamber and listen to the state minister for health berate the former government and eulogise his own party’s achievements. Someone makes an attempted counter attack and is heckled.

Democracy in action, and by the way, at least a third of MP’s are non-white!

Winnipeg is cold. Even at this time of year. Its no more than three degrees centigrade and I’m taken completely by surprise having only packed summer clothes, so Izzudeen lends me a coat and hat, laughing that this is bar-b-q weather!

In the evening we are going to have “bodluc”, which I presume is a Libyan word for gathering, but I discover that in fact its “pot luck”, when everyone is supposed to come along with a dish and see what we’ve got. I give a small advice on the importance of brotherhood and following Islam. Pot luck proved a very tasty and well organised spread.

We have another appointment in Winnipe's mosque, which is a white building with a lovely arched roof of varnished wood inside.

Isha is at 11:15pm, and afterwards we go to Tim Horton’s (a Canadian national institution) for coffee and donuts. It’s late by the time we get back.

Friday we take the 20 min. walk to the University. It’s a modern campus but with some older and rather grand buildings that lend it a decree of character. I sit in Izzudeen’s cubicle and trawl through emails and search for info to help me in my lectures. I’m due to lead jummah prayers. It’s all a little chaotic as prayers are being held in tomorrow’s conference room as opposed to the usual prayer room. The adhan is given without me coming to the front and giving salams, so I tell them off.  The khutba is about the Day of Judgment and temporary nature of the life of this world. Afterwards we eat pizza while two convert brothers on tabligh talk about their journey to Islam and their journey by car from  Toronto and onto Calgry.   I go back to the apartment and get some desperately needed sleep ready for the opening lecture of the conference:

The first lecture is actually one of the best attended of the whole conference. My mind map notes suggest a complex discussion about the nature of culture and ethnicity and complexities of idea exchanges, but a scan round the audience suggests something more pragmatic. What I want everyone to go away with are three things:

Firstly: Know what being a Muslim really means and understand your religion. To do that you have to start at least by reading the Qur’an in a language you can understand. After that we could go through the authentic hadith books like Bukhari and Muslim, or a compendium like Riyaadus Saliheen.  Of course this will not turn anyone into an instant scholar. In fact it is very dangerous to think that one could make independent ijtihad without the required qualifications, but it means at least we have some understanding of the what the revelation, the basis of our religion, teaches. It always amazes me how many even educated Muslims have not even done that!

Second: Differentiate between the culture you have been raised with and what that requires and what the actual religion demands.

Thirdly: Think carefully about what cultural norms you try to force upon yourself and your kids. What we need is Islam, not culture. This is especially true if the “culture” is alien to the environment. What we need is a “culture” that is adaptive to living in the West but is still fully Islamic. Such a development is in fact inevitable and is already happening, but we should do our best to ensure that it is based as much as possible on deep thinking, knowledge and understanding. This of course takes us full circle to point one. 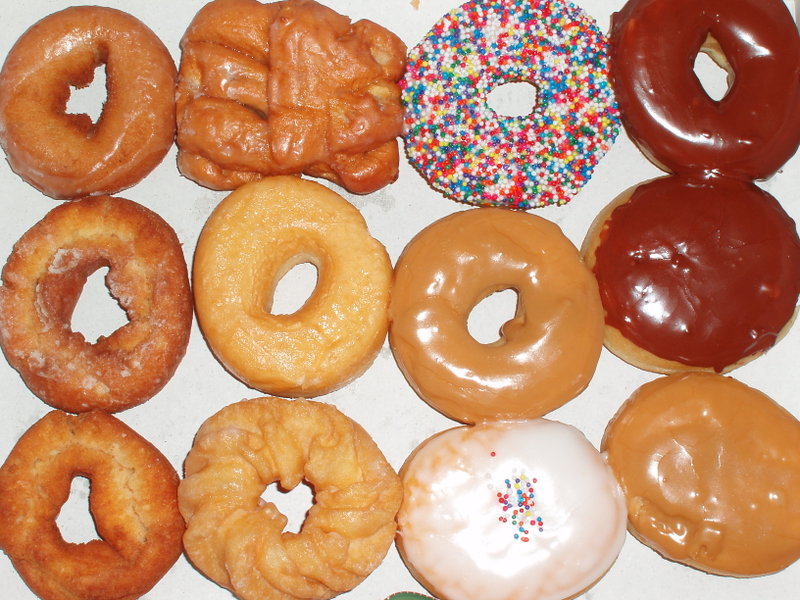 Success! Muslim adapting to Canadian culture...from Chai and Ladoo to Coffee and doughnuts!

salam bro Green. hope u r enjoyin canada. may Allah SWT bless u there, as well as here (England) and anywhere else u may b. could u plz just give a brief summary of canada? like, wat r the ppl like, how is the deen there, n the sort ov government they got, stuff like that? jezakullahu khyran. salam 2 any1 who reads this, aswell.

ARG comment: Actually I'm back. This is all retrospective.
As for Canada, its huge. I've mentioned something about Manitoba and that's prob all you get this time.

Asalamu'alikum Br.Abdurraheem Green
I was one of the people at all your lectures and you wouldn't believe how much I learned! Could you believe that not once in my life of life of 15 years has someone said that we should read the whole Quran in a language we could understand, emphisis was always on memorizing it. I know it sounds dumb admiting it because it should seem obvious, but I truly have never read the whole Quran in english before. I have started and I've noticed what you said about reading and then having to reread passages.
A lot of the things you said got to me, and Alhamdulilah I can say that that you were right when you said "I have learnt from experience that sometimes the very lectures and meetings that I feel the least like going to are the ones that end up being the most beneficial." because it was really benifical to me and a lot of other people I know.
Now the question I would like to ask you is that 'is London as bad as you described it?'
Aslamu'alikum, and jazahumallahukhairan for comming and educating us.

ARG comment:
Did i say London was bad?
Ok, London is HUGE, dirty, busy..but fantastcially cosmopolitan, and most of the time one feels completely at home, even with your wife walking next to you in hijab. There's alos lots going on, and it is really nice in summer.

You're back, you're back! Me and my sis were saying it didn't feel right having you on foreign shores! Seek written consent next time, you have been warned.
ARG comment:
awwww...shuks!

o lol, ill keep that in mind wen i read ur other articles... also, likin ur .com! ive only listend 2 the first 2 talks on there but ive neva come across them bfore! wen i type ur name in on the internet, only the same talks come up, 'how i came 2 islam' + 'moments after death and the hearafter', not that many others i dont think. inshallah ill listen 2 the rest another time. oh, if i were u id refrain from sayin 'i find that hard 2 believe' coz that, 2 me, suggests that it is just u who cant deal with the facts (i dont think it is, but if it were any1 else then thats wat id think, n if i think it, then i think its likely others will think it 2). jezakullahu khyran 4 the info that u hav given me, ur talk was the most comprehensive account of the imediate moments after death i hav heard or read. may Allah SWT guide u n grant all ur dua's for surely, he is the most merciful.

Ok, I'm not sure of the context, but when one says (usual usage in Eng lang) "I find that hard to believe" it's a euphamism for:
1: You've got you're facts wrong
2: Your lying
3: That just doesn't fit with what I know (same as above really!)

maybe, Allah SWT knows best. i was just thinkin that if i was under that impression, then its likely other ppl will b 2. but, it wouldnt b the first time i was completely wrong, obviously. oh, gtg, salah time.

brother green
sa
I just wanted to know when we could read then next portion of your blog from Canada. It says 'to be continued', I am on the edge of my seat!

ARG comment:
patience my dear! A very important islamic characteristic! Anyway, I have to fit typing it up between the nine kids, wife, work, so just give me a day or two ;)

SURELY ya akhi you mean Coffee and DOUGHNUTS...????

selamun aleykum brother
this is the turkish volunter in the msa conference. you may remember.
i just wantted to thank you again to come here and make the things clear for us.
and insallah one day we see each other again. whenever you want to visit Turkey, you are always welcome to our house. one eamil is just enough; we will be waiting for you.
take care yourself
selamun aleykum, jazahumallahukhairan

good to see you back
ali here

Terrific, that’s definitely what I was scanning for! You just spared me alot of looking around.